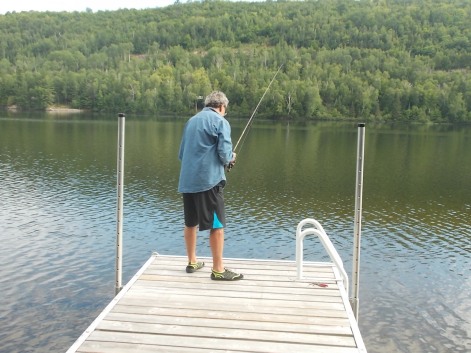 I live with a pretty great dad. He’s so great that sometimes I forget that not all dads are like this. Even though we now have an empty nest, this dad stays in touch daily with his children. He shares jokes and stories and texts to show he is thinking about them and to let them know he is there whenever they need him. Like me, he has had to learn diplomacy when often what we really want to do is rush into a situation they are dealing with and take over, not because we don’t think they can handle it but because that is what we do as parents.  Dads, like Moms, know that parenting never stops.

Dads sometimes get a bad rap. Often when we hear the word “dad” it is joined with negative words like “deadbeat” or “authoritarian”. But just like motherhood, fatherhood does not come with a training manual. My own husband grew up where only women tended to babies and children so changing a diaper was uncharted territory as was bottle feeding a baby. But he was willing to jump in and do it if it meant more time spent with his children. I recall joining the first baby sitting co-op I was in and sitting around with other mothers who commented on how devoted my husband was with our children. I jokingly asked “aren’t all new dads, this is the 90’s after all!” My comment was met with incredulous silence as they looked at each other and then one of them said “no, it’s not”.

That’s the moment I realized how lucky my children were. They not only had a dad who was a good provider they had a dad who would prefer to spend all of his spare time with them. We took our children everywhere with us because we were a family but also because we lived far from our extended family and we didn’t trust our babies with anyone else but ourselves (no offense to the amazing women in my babysitting co-ops!) What that did was expose my children to a myriad of life situations like music festivals, sporting events, camping and road trips exploring art and nature. And lots of time with their hard working dad. 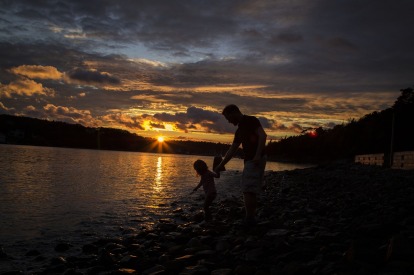 I have been fortunate to grow up around some pretty great dads although I lost my own when I was 17. I was given a gift however. I had always felt as a child that  I could not please my dad or make him proud of me for who I was. But the summer I was 16 found the two of us home alone together for two weeks as my older siblings left for school and jobs and my younger siblings traveled with my mom. Suddenly we had common ground and things to talk about. I confided in him about teenage joys and concerns for the first time and he listened. Little did we know that was to be his last summer. He was a good provider to his family so we always had food and a nice home and clothes. But this was a different thing. This was his time and his attention. After his death I could not have been more grateful to have had those two weeks to myself.

I then had the great fortune to have another man step in to be a father figure. A beloved uncle with whom I was blessed to spend more years with and who always had time for me and my siblings and then for our husbands, wives and children. He was the consummate dad, full of life and wicked humor and love, love, love. It was because of his example that I learned what qualities would make a good husband and a great father. We lost him last year in his very august elder years but were lucky to have a had a strong father figure in our adult years. Not only my children but my nieces and nephews have some pretty great dads as do my cousins children and my friends as well. 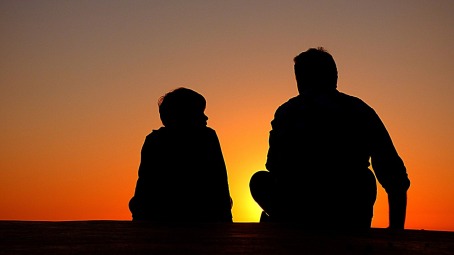 But now I look at my children’s dad as we grow older. Our hair is getting grey and we have aches and pains that were not there 10 or even 5 years ago. Our children are adults now and parenting becomes an ever evolving thing.  There are times we want them to listen to what we say even as we realize they may or may not. We worry over them. This great dad still jumps into action whenever he is needed; at our son’s wedding he was full of pride and joy and was on hand for whatever task needed to be addressed; when our daughter moved to her new place, he was the first to schedule the U-Haul. He showed up with his tools and ideas to help her furnish her own little nest.  He will always be a pretty great dad not matter what age they are. And for that I am grateful.