Things are getting ugly. As much as I have resisted the desire to be sucked into the political race of the American people, it’s hard to stay neutral. It feels like the lines have been drawn although at times they seem more blurry than ever. Like all of the evil thoughts and deeds that had been held at bay for so long have slithered to the surface. That creepy, underbelly of the human condition has been poked and prodded and all of this nastiness has risen to the top. It’s in the attitudes of people, it’s in the looks at those who are different, it’s in the reactions from those on the street, it’s in the grocery store, it’s in the media. It’s hard to know which way to look or how to feel anything but fear and loathing.

The rhetoric from the top down has been brutal. Respect and decency have been ignored in the name of transparency. I want to cover my son’s ears. I want to cover my daughter’s eyes. Is this America? I have never been much of a protester. I have never marched or carried a sign to a rally. I have always been more of the armchair type of critic. Maybe because it is so safe. But I remember the time my son told me that it’s good to scare ourselves sometimes. I get his point. Sometimes you have to push out of the comfort zone.

Despite the unbelievable information coming to light, we justify so much. We justify in the name of democracy. In the name of justice. In the name of God. In the name of the law. Where does it stop or hit rock bottom? Comedian John Oliver stated that we have sunk so low, it will be a relief when the earth’s magma swallows us whole and puts us out of our misery! Human decency and respect has fallen by the wayside. The gloves are off.

I have never lived through such a spectacle. I feel so much shame for the behaviors exhibited on the world stage. I believed in a different kind of country when I came here. All immigrants did. I raised my children with a different kind of mindset. I feel pushed decades back. Like I am sporting a 60’s pillbox hat. A 50’s kitchen apron. A 40’s dress with shoulder pads. Which is ironic in the decade where a tenacious glass ceiling has been finally been shattered.

It’s hard to know what or who to listen to. After a while it just sounds like scary noise. Todo es mentira. All are lies. I don’t want to believe that but how to know? They tell me my vote matters. My tiny little paper cut in the fight against the opposition will make a difference. Does it? Will it? We are all so tired. My friends and neighbors, my family, my coworkers. Yet we can’t tear our eyes away from the train wreck that is this presidential campaign. Many strong honorable people have spoken out against the ugliness that has come forth but many more have brushed it off. The effects of this will linger long after November 8th. Long, long after. Pandora learned that when she peeked inside that tempting box.

We have less than a month to know if this country will find an even keel in these hurricane waters. Something very primal is telling me I cannot sit this one out. I use this forum for my voice and it would be a disservice not to use it for what I hope is good. There are many good voices out there. Strong, decent, indignant voices. I am not alone. I have hope. I hope the anger and hate that has been stirred will settle and we can get back to the business of living. The tenor of this race insults the good, decent, hard working Americans just trying to carve out a happy life, raise a family, live in peace and harmony. That’s a universal desire among all people. Once the dust settles, I fervently hope that’s what will be finally achieved. 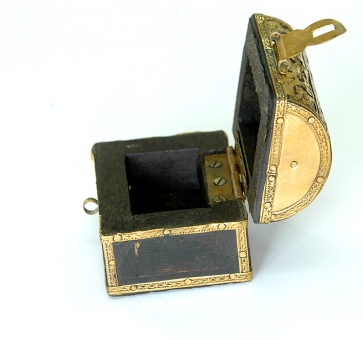